Tweet Sheet allows designers to attach images from their game projects along with the twitter message that will show up in the player’s feed. 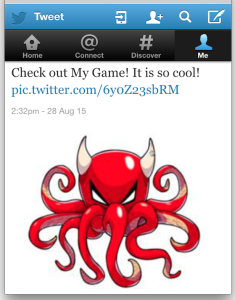 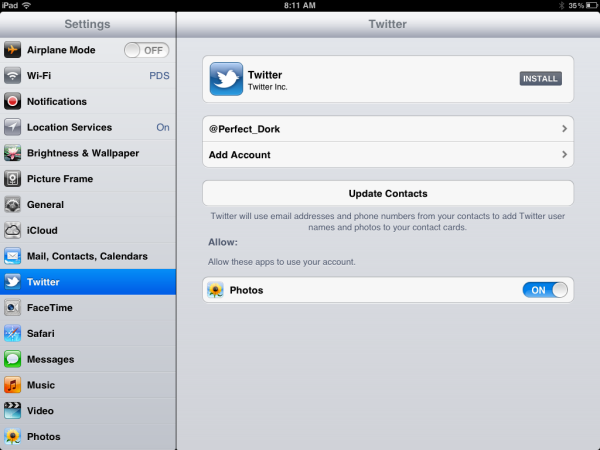 The Tweet Sheet behavior is broken down into 2 fields and a toggle box.

Message: this is a 140 character string that can be set by the game developer or by the player.

Image: The developer can attach an image from the project image library to the Tweet.  The image must be named following this format “twitter_imagename.png”.  When inputting the image into your Tweet Sheet rule you will cut the .png extension.  If left blank or if the image reference is not recognized the message will not include the image attachment.  This is NOT editable by the player.

Editable by Player (toggle): This toggle will always be greyed out.  All tweets are editable by the player.  When sending a tweet from your game a virtual keyboard will appear for the player to use.

The most general use of a Twitter message is to spread the word about your game on your players’ feeds. Most times, you will want to trigger the Tweet Sheet behavior off of a button in on the Main Menu or somewhere equally accessible. For this kind of message, you may want the player to be able to edit so that they can tell the world how awesome your game is in their own words. It is also recommended to attach an icon or screen shot of your app to the message so other viewers can get a sense of what your game has to offer regardless of the message. A picture is worth a thousand words after all. 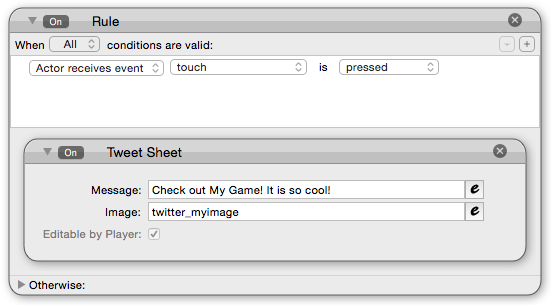 When the message is sent by the player they will get access to the iOS keyboard to enter in their own custom text: 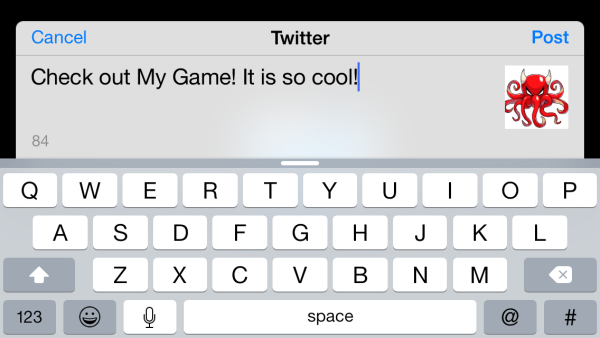 Another way Tweet Sheet can be used to enhance the game experience for players is to have special messages that are generated when specific events have been triggered. When a specific game event has occurred (like unlocking an achievement) you can let the player tell the world all about it. This must be written in the expression editor, with the displayed text in quotations and two periods separating words from game values.

This particular use of Tweet Sheet can be automated when the event has triggered or it could be on a button event. It all depends on how aggressively you wish to approach your players’ feeds. Twitter recommends not spamming user feeds otherwise they are likely to stop engaging with your product.

NOTE: by utilizing tables and game attributes your message and image fields can be driven by expressions that update the message with dynamic values.

Because Tweet Sheet is specifically tailored for Apple iOS5 it will not operate the same way when triggered in iOS4.