Don’t delete attributes that are being used. 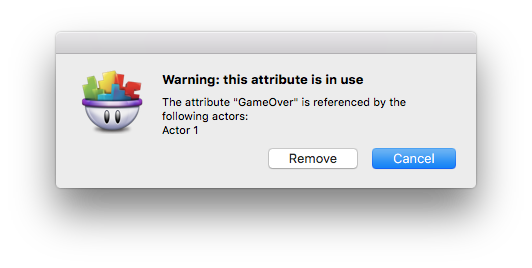 Labeling behaviors will allow you to quickly know and remember what the behaviors do. You can and use this to label that the behavior is verified to work when trying to find issues by going between the Actor Editor and the Preview. 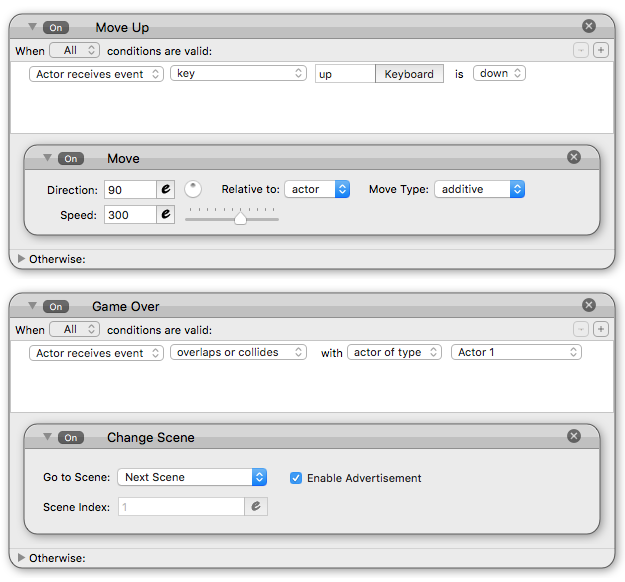 While previewing your game in GameSalad Creator(not on a device via the GS Viewer), you can use the Log Debugging Statement behavior to check the value of an attribute or to check if a rule was activated. The output of the behaviors are logged in the Debugger(Cmd+D) which you can find from the GameSalad drop down menus. 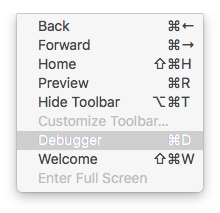 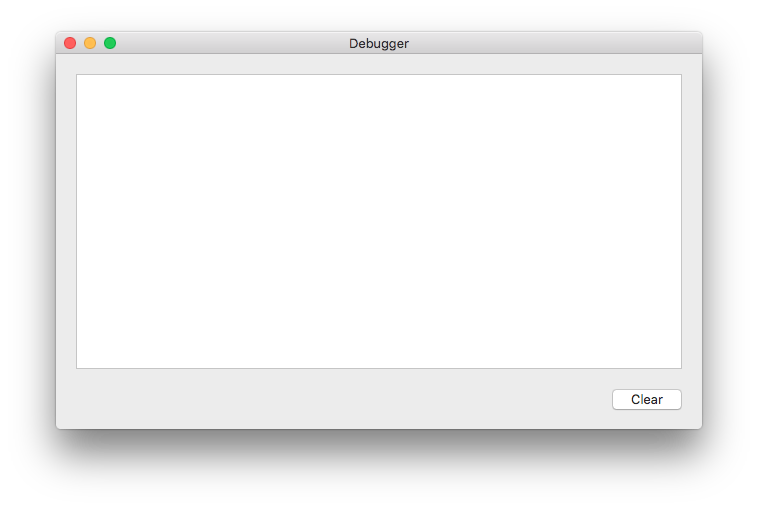 Use the On/Off Toggle on Behaviors

The On/Off Toggle on behaviors are useful to track down issues. If something doesn’t run correctly, turning off the behavior or a group of behaviors can help you narrow down the problem.

Errors in expressions can happen due to several issues. See below for common issues with expressions. Using the Log Debugging Statement or even a Display Text behavior to see the value of an expression can tell you if the expression is valid or not. 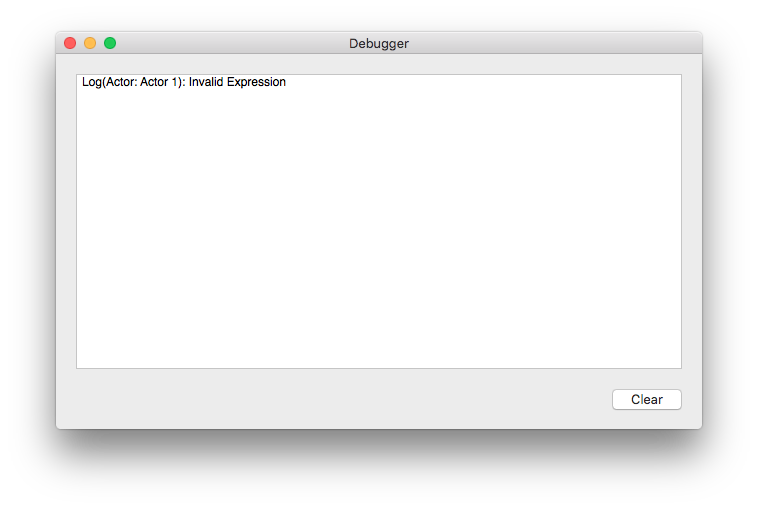 Try Not to Unlock Actor Instances to Edit Actors

Unlocking instances can get messy when creating actors. Although you can specify how an actor works if it is the only one that will ever do those actions, you can’t easily find issues that may arise with the project. Prototype actors(the actors in the list of actors) are meant to have behaviors that define actors that can be placed in multiple scenes or multiple times in a scene. Changing the prototype will change all the locked instances of that actor so you don’t need to change each instance. If there is an error in an expression in one unlocked instance, it can break other actors from running their behaviors and you would need to check each unlocked instance until you find the issue.

If All Else Fails, Hack and Slash

Was this article helpful?